Believe Advertising has seen a once unknown brand break into a competitive market place and identify itself as a point of difference from other spirit brands on the market with its unique blend of Australian based ingredients.

From its launch in November 2015, Believe Advertising has been instrumental in the brand’s ability to go from strength to strength, developing its profile with its consumers and now is a distributed brand all over the country: 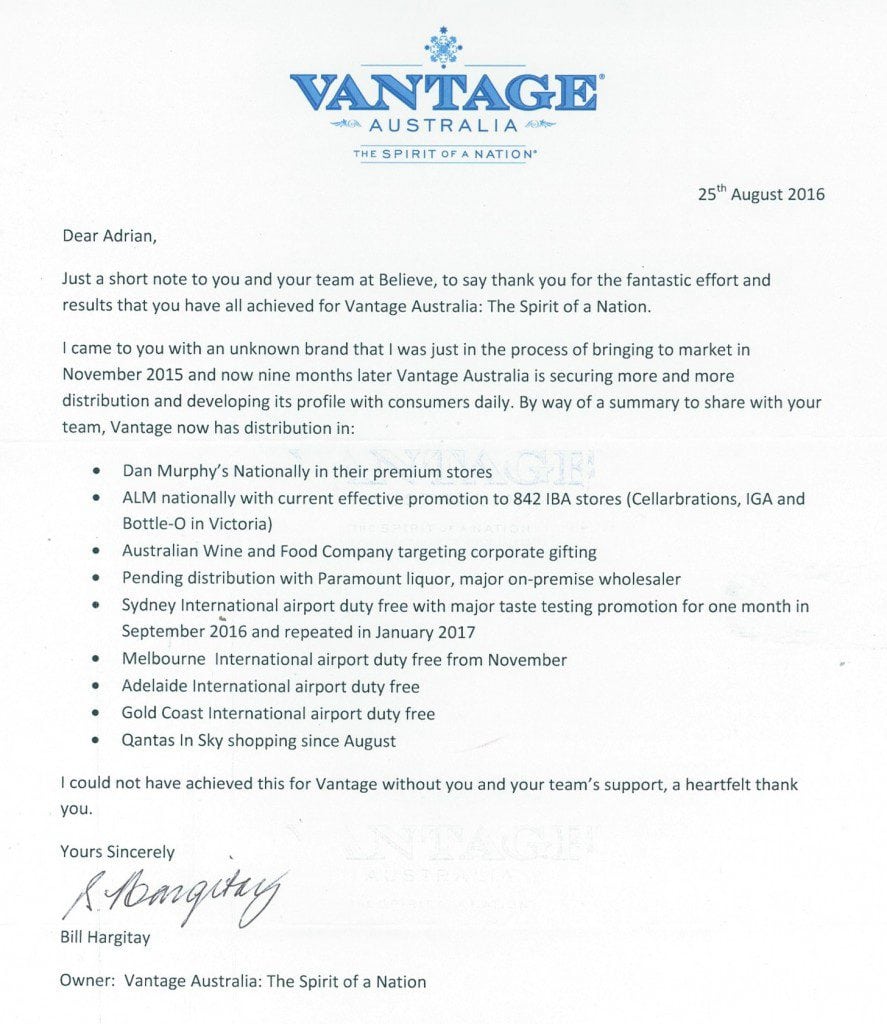