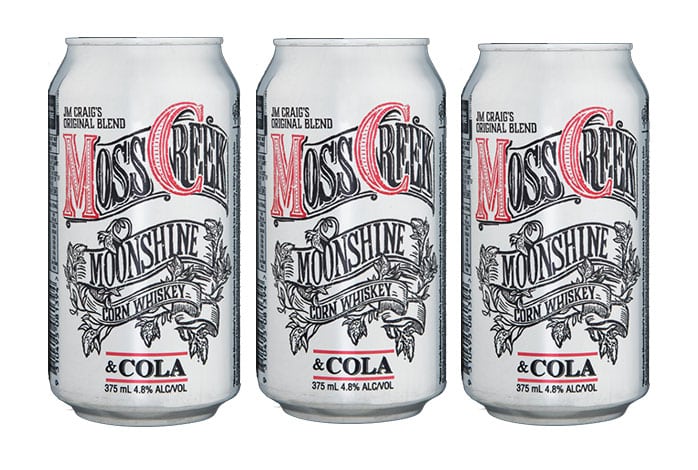 Moss Creek Moonshine and Cola is a refreshing Corn Whiskey and Cola drink, with hints of oak wood and lime, packaged in a convenient carry pack of 4 x 375ml cans. It embodies the spirit of the early 20th century bootleggers with the convenience of a premix demanded by modern consumers – a true kindred spirit